cPanel's WHM: "A database owner with the name

You've deleted an account via cPanel's WHM, but needed to recreate it again. But, unfortunately, you got the following error message:

A database owner with the name <account-name> already exists

Well, it's a bug in the cPanel system, where some configuration files are not removed by the account-deletion scripts. But, here is the simple solution:


Voila!
Posted by Unknown at Wednesday, September 17, 2014 No comments:


Standing on guard in the cold and darkness somewhere in a remote and dangerous place, there is an American soldier risking his/her life to defend the Constitution of the United States and our right to express ourselves. 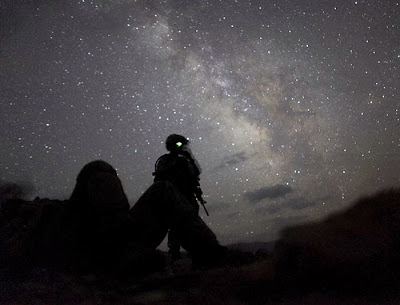 To this soldier, "Thank you and Happy New Year."

Indeed, souls depart, wounds heal, pain stops, but the words are said, and quite often outlive those who expressed them, and stay in the conscious of so many, for long, long time.
Posted by Unknown at Tuesday, December 31, 2013 No comments:

Email ThisBlogThis!Share to TwitterShare to FacebookShare to Pinterest
Labels: Freedom of Speech, Gratitude, US Constitution, US Soldier

Who Controls Lebanon? Hezbollah or the Lebanese Government?

Lebanon is one of the very few countries that includes a state-within-the-state. On the surface, Lebanon has a formal government recognized by the United Nations and other international organizations. In reality, Lebanon is like an ill person who has been possessed by the Jinn (using Islamic parlance): The Lebanese entity has been taken over by something alien and evil and that is Hezbollah.

Hezbollah is the international terrorist organization headquartered in Dahiyeh, Lebanon, but tightly controlled by the Iranian regime in Tehran.

The following factors show that Hezbollah is clearly in control in Lebanon:

In conclusion, the Lebanese state is a shell state within which Hezbollah thrives and hides its own state. Hezbollah is the true power on the ground in Lebanon. Unfortunately, it is hard for the world to treat Lebanon accordingly because the opponents of Hezbollah stand to lose more control once Lebanon is formally declared a failed, pariah and dangerous state.

Posted by Unknown at Saturday, October 05, 2013 No comments:


In our time, there have been several malignant and fatal strains of organized Islam as recognized by the Muslims themselves. For instance, many, if not most, Muslims agree that both al-Qaeda and Hezbollah are destructive international terror organizations. Hence, speaking against them should not be the monopoly of Muslims nor should criticizing these terror entities be labeled "Islamophobia." It is the right and responsibility of every citizen to combat terrorism and maintain world peace.

Anti-Semitism Must Be Eradicated

American Muslims Should Cooperate With the FBI

I strongly advocate open and complete cooperation between American Muslims and the Federal Bureau of Investigation (FBI), something that all domestic Khomeinist/extremist organizations openly reject and actively oppose. Such misfit anti-American entities routinely advise their members to shun FBI and Department of Homeland Security (DHS) agents.

I feel that shielding Iranian regime, Hezbollah and other enemy operatives (e.g., al-Qaeda affiliates on the Sunni-Muslim side) actually endangers the Muslim community in the United States, for terrorism is not only fundamentally wrong and absolutely evil but also puts peaceful and patriotic American Muslims at serious risks.
Posted by Unknown at Saturday, December 10, 2011 No comments:

Posted by Unknown at Saturday, February 21, 2009 No comments:

Sam Bazzi of Arcs at the dot-org cruise

Posted by Unknown at Saturday, November 17, 2007 No comments: